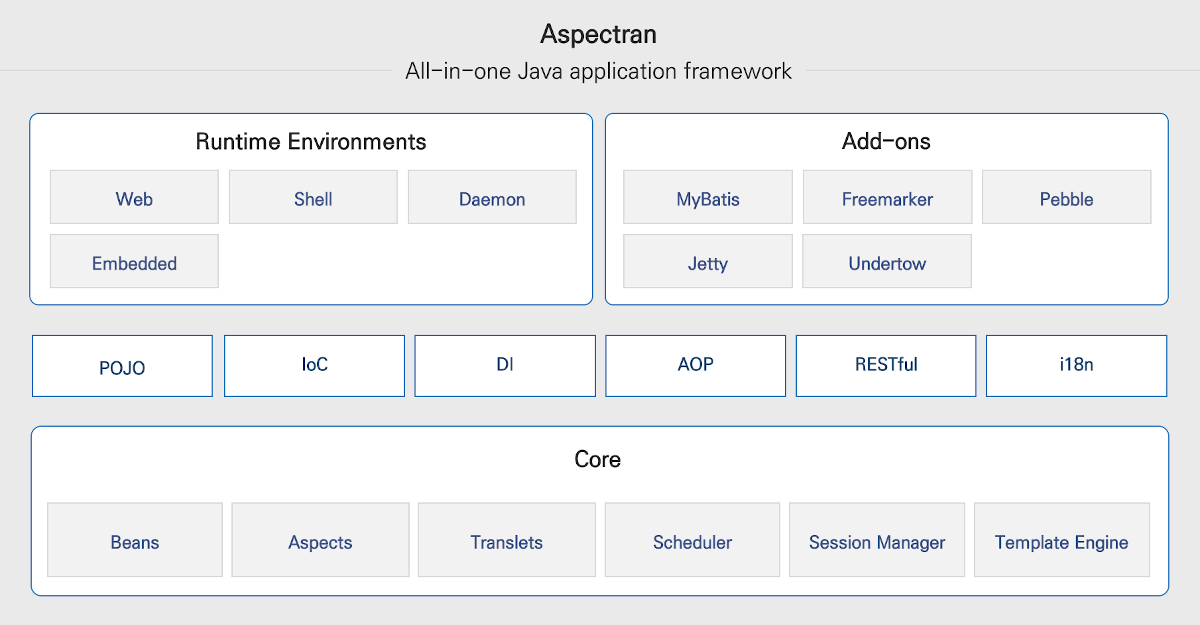 Applications developed based on Aspectran support the following execution environments on the JVM:

The development of Aspectran was started in March 2008, but it was first published on September 1th 2015.
The name Aspectan was created in July 2012 and it is a combination of Aspect and Translet.

Aspectran is Open Source software released under the Apache 2.0 license.

You can view or participate in Aspectran's development progress on GitHub.

JetBrains products are very helpful in developing Aspectran. Thank you for the Open Source License!